You searched for properties in Perthshire, Angus & Dundee.

Incredible Landscapes, Distilleries, Golf, Outdoor Activities and Museums - Something for Everyone

Perthshire is renowned for its beauty and has a great deal to offer the visitor to this region.

Typical scenery takes in long lochs and steep sided glens. Ben Lawers near Loch Tay is a National Nature Reserve and is one of the best places in Britain to see a range of mountain plants and wildlife. The region takes a pride in its presentation and has won numerous ‘In Bloom’ awards. It is also known as the ‘Big Tree Country’ as it boasts the tallest tree and hedge in Britain and the oldest tree in Europe.

The easy access to Rivers Tay, Tummel, Earn, Ericht and Esks and numerous hill lochs make it an anglers dream. Salmon, trout and pike with grayling around Aberfeldy for winter fishing, offers something for every season.

There are over 100 golf courses in and around Perthshire with a range of courses for all ages and abilities, Blairgowrie Rosemont and Gleneagles, a test of your golfing skills!

Perthshire is the home to 5 distilleries including Scotland’s smallest – Edradour Distillery near Pitlochry, which produces 12 casks per week. In contrast Glenturret the oldest distillery, first established in 1775 still uses traditional methods to produce its single malt.

Perthshire has good transport links to get around the region as well as 250 miles of waymarked paths. For those with an interest in rail travel there is the Caledonian railway from Brechin to Bridge of Dun and Kerrs miniature railway in Arbroath being the oldest and finest passenger carrying miniature railway.

Perth itself has a compact city centre with numerous parks and gardens which add to its charming atmosphere. It has a range of shops to explore as well as the Fergusson Gallery - a must for art lovers and the Black Watch Museum; recording the history of the army’s oldest regiment which served the crown for over 266 years.

Within the area of Aberfeldy, Loch Tay and Glen Lyon you can blend your own whisky at Dewars World of Whisky or pass a few hours on a golf course or angling. If you are a little more energetic white water rafting, abseiling and more are on offer. You could even go to view the Fortingall Yew near Aberfeldy believed to be the oldest living thing in Europe and is estimated at being between 3000 and 9000 years old!

On the southern side of Perthshire you will find Auchterader, Gleneagles and the Ochils an interesting landscape where the lowlands meet the highlands. The area has much to offer and yet both Edinburgh and Glasgow are less than an hour’s drive away.

Blairgowrie has rich farmland and is known in the area as ‘Berry Capital’ for the soft fruits that are grown in season. Here too you will find the areas other claim to fame the tallest hedge. Other places to visit include Glamis Castle, Meigle Pictish stone museum and Glen Shee for snow sports.

At Crieff you can treat your taste buds at Gordon and Durward, watch confectionary being made in the traditional way or sample a wee dram at Glenturret Distillery where Famous Grouse is distilled. South of Crieff visit the conservation village of Muthill or Drummond Gardens where Queen Victoria planted yew hedges and copper beech trees in 1842.

Dundee is Scotlands 4th city and home to over 20 museums. Laws Hill is Dundee’s highest point being the site of an extinct volcano, on a good day you will experience magnificent views over the River Tay and beyond. The towns of Dunkeld and Birnam are set on opposite banks of the River Tay Scotland’s longest river – did you know it carries more water than the River Thames and Severn combined? Take time to visit Dunkeld Cathedral or the Beatrix Potter Exhibition or from April to late August see the ospreys at Loch of the Lowes Nature Reserve.

Along the Angus coast, there are many opportunities to fish, golf or sail and inland, exceptional walking is on offer in one of the many Angus glens.

This walking theme can be continued towards highland Perthshire and Pitlochry, with wild glens and mountains around Blair Atholl and the untamed wilderness of Rannoch. In contrast experience Pitlochry’s Victorian charm, discover the story of hydro electric power and view the famous fish ladder.

The properties offered by Wilderness Cottages will ensure you can make the most of this regions attractions. 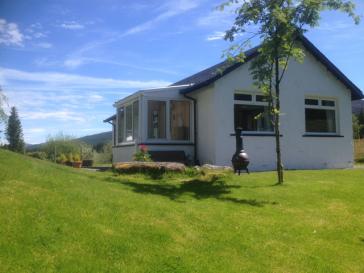 Oak Cottage is located just over two miles from the pretty village of Killin. Killin itself is a traditional Highland village which sits on the very edge of Stirlingshire's border with Perthshire, and is part of the Trossach's National Park. 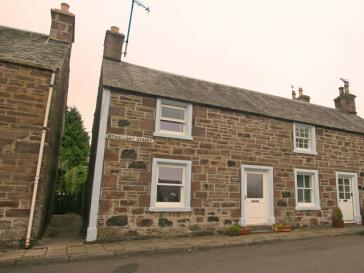 Greenbrae East is a traditional cottage situated in the village of Muthill, just a short distance south of Crieff. The property makes an ideal base for exploring Perthshire and enjoying all the attractions that this area has to offer.