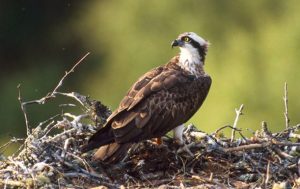 This is the time of the year when we look back through the records to see when we can expect the first bird migrants to arrive in the Highlands.   Fortunately, thanks to many recorders, the very large number of these records are summed up every year in the Highland Bird Reports.  These invaluable  Reports come out every year and are one of  the most important “birdy” events in the calendar as far as  I,  and many others, are concerned   Each year a single page in the Report sums up the early and late dates for migrants, most of which have spent the previous – in some cases winters –  winter in Africa.  Incidentally where does all this information where birds over–winter come from?  It is mainly from ringing and, the latest innovations, miniature reorders attached to the birds that send back signals.

So  I analysed the last five years records from the Reports and whilst you might expect the swallow and willow warbler to be the first birds back from Africa there were some surprises.   Two of the surprises are at opposite ends of the size scale the osprey ( seen on its nest in the photograph) and wheatear are amongst the first of the migrants.  Most of the early migrants in  March are the wheatears  of the “Greenland race” that do not linger long in the  Highlands as they head even further  north to their breeding grounds. Wheatears collect their main food, insects,  from open moorland but they will also  take berries from blackberry, rowan and elder.  One of the migrants at the opposite end of the size scale is the osprey that comes as early as mid-march. This magnificent bird of prey needs a regular supply of fish and will raid fish farms to get them.  The fish farm owners  take a varied view on these predators with some encouraging the ospreys in return for  spectacular  views of the fish being taken. Some of the owners will expect payment from people for this whilst others just  get rid of the ospreys!

There are a few other birds that arrive during the month of March and these include swallow, willow warbler and house martin.   All these rely heavily on insects as soon as they  arrive as they will be in need of food after such a long journey.   So where do you look for these early migrant?  For the swallows and sand martins the answer is to locate certain lochs that have widespread  vegetation to provide such food  in the spring and early summer.   My favourite places are Loch Flemington and Loch Ruthven,  The former is a few miles east of Inverness and soon you will be able to see masses of swallows and sand martins hawking over the surface.  If you look carefully at the swallows you can identify the males as they have much longer tail streamers than the females.   The vegetation that supports  so many insects is well spread over the loch.    Loch Ruthven is the famous RSPB Reserve a few miles south of Inverness and even if your visit is early some of the very rare breeding Slavonian grebes may well be back on the loch.  The hide is superb and the whole site is well worth a visit with a wide variety of bird possible.   Loch Ruthven also supports a range of willow trees and it is the early ones such as “pussy willow” that flowers early  and attract  the early migrant warblers.   If I had to choose between these two lochs to visit it would probably have to be Loch Ruthven.  Good hunting for those early migrants as they will soon be here.